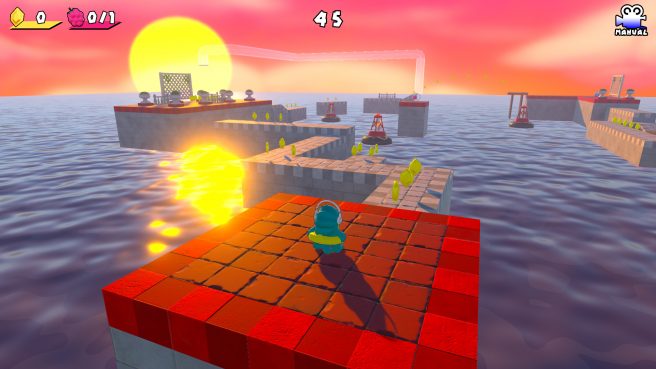 Sonzai Games has announced that Super Sami Roll, “a colorful 3D platformer with rolling physics based movement”, is on the way to Switch. A release window has not yet been announced.

We have the following overview and trailer for Super Sami Roll:

Super Sami Roll is a colorful 3D platformer with rolling physics based movement.

The player controls Sami, a small lizard that wants to save his friend Vera from the evil Albert VII. In order to do that he will embark on a journey rolling through beautiful green fields, deserts dotted with magnificent pyramids, dangerous oozing volcanoes, frigid ice lands and many other memorable places!

Aside from the main story, the game contains multiple secrets and unlockable modes. Including a local multiplayer mode for up to 4 players.

Super Sami Roll is expected digitally on Switch as an eShop download.