99Vidas getting a physical release 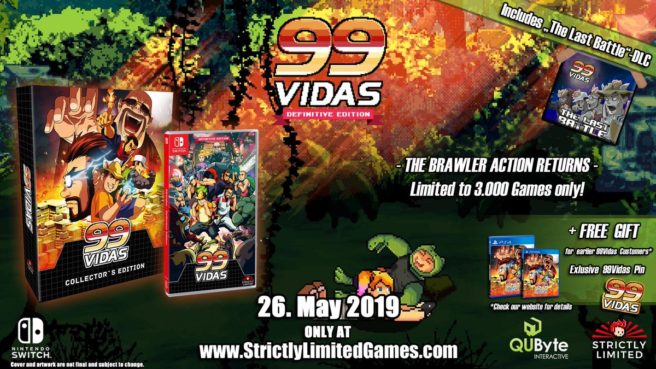 QUByte Interactive’s brawler 99Vidas reached Switch last November, but it’s only been sold on the eShop. That will soon be changing, courtesy of Strictly Limited Games.

Strictly Limited Games has announced 99Vidas as its next physical release. Fans will be able to purchase a standard copy or a collector’s edition. The latter package includes:

Pre-orders for the physical version of 99Vidas open this Sunday here.