A look at social media activity during the Nintendo Spotlight: E3 2017 video presentation 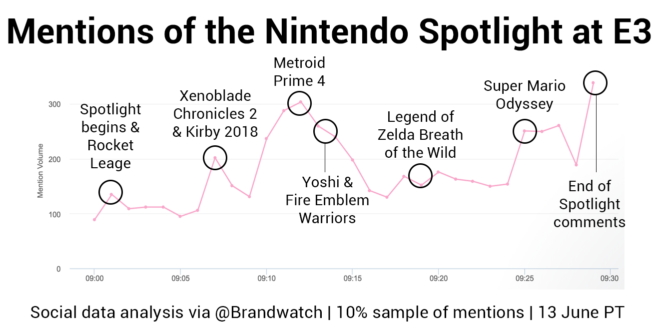 Brandwatch has some new information about social media activity for the Nintendo Spotlight: E3 2017 video presentation.

Here are some of the notable tidbits:

– Over 50,000 mentions of the Nintendo Spotlight between 9 and 9:30am PT
– 74% of gender-categorized authors were male, 26% were female.
– Highlights: The largest mention spike during the conference (not counting the end of conference spike in comments) was when Metroid Prime 4 was announced.
– Notable in the mentions overall was the fact that Animal Crossing did not have a part.

Metroid Prime 4 and Kirby saw the most significant game-related mention spikes during the Spotlight. Additionally, Metroid Prime 4 had the largest number of mentions, followed by Kirby 2018 and Super Mario Odyssey. 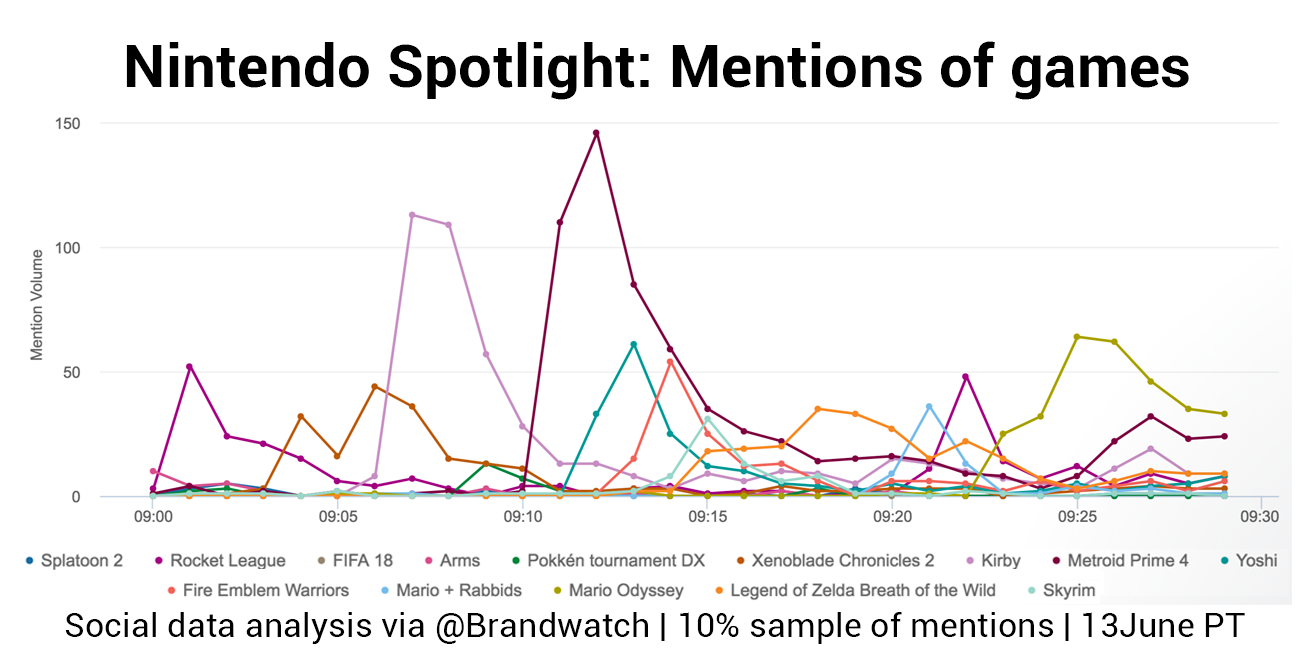