Act It Out heading to Wii U later this year 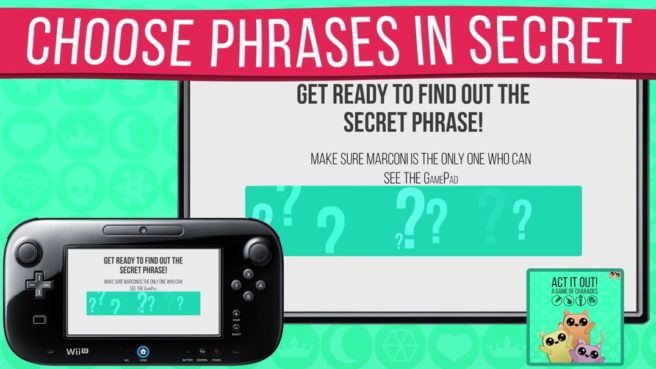 Later this year, Snap Finger Click will be bringing Act it Out to Wii U. The party game, previously released on PlayStation 4, is now getting an eShop version.

Act It Out allows players to choose from more than 1,500 secret phrases to act out from categories including film, music and video games. You can act, sing, draw on the GamePad, or describe the phrases. Up to eight players are supported in competitive/cooperative gameplay, and there’s support for English, French, Italian, German, Spanish, and Dutch languages.

View a trailer for Act It Out below.