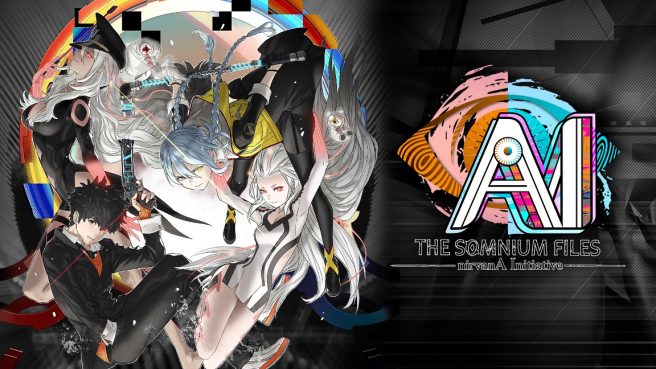 Spike Chunsoft has announced a final release date for AI: The Somnium Files – nirvanA Initiative. The game is heading to Switch on June 24, the company just confirmed.

AI: The Somnium Files – nirvanA Initiative was announced for Switch at the end of June 2021. It previously had a vague Spring 2022 launch window.

Writer Kotaro Uchikoshi has shared the below information about the game’s story as well as a message for fans:

The Themes of the New Story

Two is one. Two opposites is the main theme of the game. For example, Yin and Yang, man and woman, double helix… Love and hate could also be one of them. The title “AI” also means “love” in Japanese. Similar to the previous work, this game will involve various types of love. Familial love, love for the opposite sex, and love that is not bound by any framework. In addition, this work will dive into the opposite of love, hatred. A love-hate mystery that begins with half of a corpse. I hope you enjoy.

Having Two Protagonists in the Game

From the above-mentioned theme, it was decided in the early stages that the game would have dual protagonists, and Mizuki would be one of them… She was the most popular character from the previous title, and personally, I wanted to write about her growth…

Well, what about the other protagonist? Obviously, at first, I thought of Date, the protagonist of the previous game. However, if the story was about Date and Mizuki, the flavor lingering from the last title would become too strong, and it might be too hard for new players to follow… So, by interweaving an existing character and a new character, anyone can enter this fictional world.

Whether the Hero from the First Game Kaname Date Will Appear

He will of course appear. Not as a minor appearance, but as a character who plays an important role… So, Date fans, never fear! This sequel will feature an even cooler (or less cool) Date, so please look forward to that.

A Message for Fans

First, to the fans of the first AI: The Somnium Files. Mizuki will have a huge role in this sequel. Iris, Ota, Mama, and Moma will of course reappear as well, and the energy of the previous title is still alive and well. If you liked AI1, then you’ll for sure be satisfied with the sequel. It was thanks to the fans that the sequel was able to be made. Thank you so much!

To fans of visual novels. This is a title that condenses the real thrill of visual novels. This game even has Somnium, where you can control the characters to navigate inside a dream (and other parts that we can’t say yet). The Somnium parts have powered up one level from the previous title! It’s extremely interesting, so absolutely check it out!

Lastly, to the Uchikoshi fans. Thank you for waiting. It’s a new work. This work, even compared to the previous title, has elements that will stimulate your critical thinking. Zero Escape fans will definitely love it. It is also a work I am proud of in the mystery adventure genre. One mystery calls for another mystery. You’re sure to get wound up in the storm of twists!