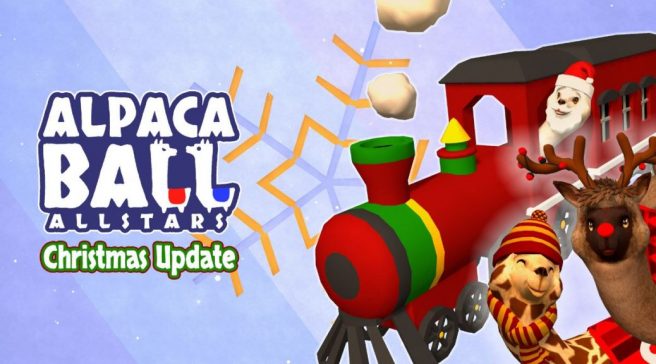 Here’s some information about the update as well as a trailer:

The free Christmas update introduces a new pitch called Christmas Market. Enjoy wacky matches on a skating rink, and don’t get knocked out by the incoming train! In addition, there are three new types of alpaca customization options, allowing you to dress up your alpaca as a reindeer or even Santa Claus!

Also announced is a new demo for Hong Kong from the eShop, which will launch on December 24. Players can experience the first few levels of Career Mode and complete with a friend in Battle Mode.