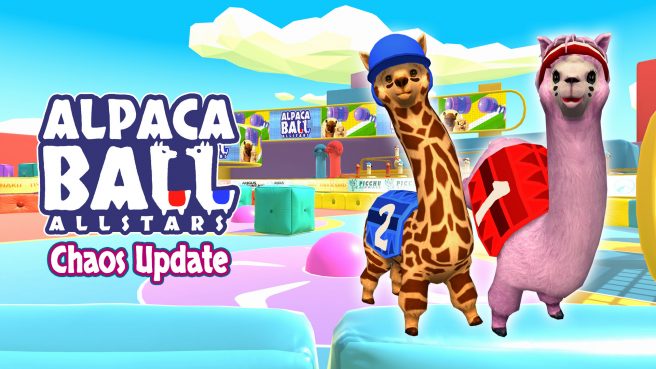 Leoful and Salt Castle Studio have announced a free “Chaos Update” for the soccer party game Alpaca Ball: Allstars, which is out now on Switch. It contains two new stages with randomly generated obstacles and a pair of new Alpaca costume.

Here’s some additional information plus a trailer:

The colorful Rumble Arena and Rumble Stadium feature a variety of gigantic obstacles, from paddles to rotating hammers. Obstacles are randomly generated every time you play. Watch out for these obstacles as you aim to score a goal for your Alpaca team!