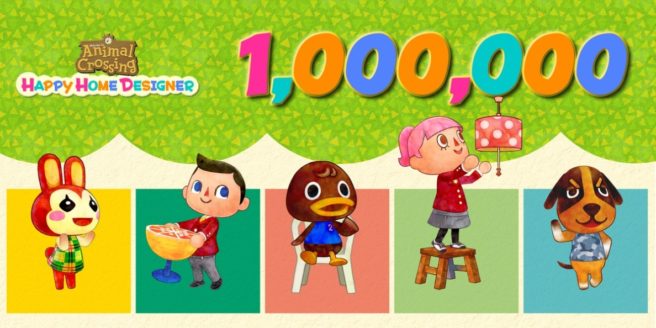 Despite being a spin-off, Animal Crossing: Happy Home Designer has done pretty well for Nintendo. In Europe alone, the game has sold over one million copies in Europe.

Nintendo tweeted out the news yesterday:

In Europe, 1 million of you have been creating dream homes in #ACHappyHome. Thanks so much for playing! https://t.co/U7GikRoFZB pic.twitter.com/hiwuPDWklV