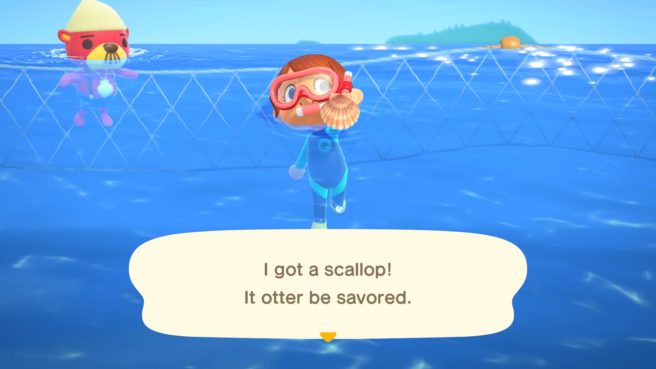 Animal Crossing: New Horizons has a major update on the way. Announced earlier in the week, players will be able to partake in swimming and diving, the arrival of Pascal, and an event with Gulliver who will be showing up in pirate-like clothing.

Nintendo has now passed along a handful of screenshots showcasing the upcoming update. We have the full set below.