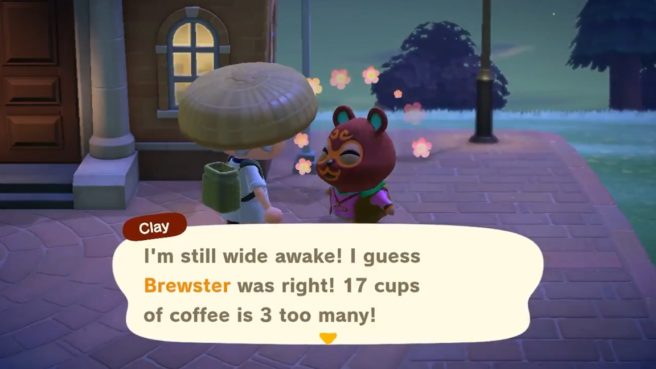 It’s been speculated that Animal Crossing: New Horizons could be getting an art wing at the museum after some interesting dialogue was spotted from one of the game’s villagers. Now something similar is happening with Brewster and The Roost.

Could we be seeing them return in the future? Some dialogue has been spotted from New Horizons’ villagers, who hint at the possibility.

The first tease comes from Clay:

Another screenshot from Maddie circulating online also mentions: “Imagine, you are at the Roost and no one is there. All you can do is get a drink with Brewster!”