XSEED registered a domain for “Lord of Magna” last month. The common consensus was that the website is for the 3DS game “Forbidden Magna”, which was released in Japan last year.

Now we have another sign pointing to XSEED localizing Forbidden Magna under the name Lord of Magna. Take a look at this New Year’s tease posted on the company’s Facebook account:

The silhouette in the first panel appears to be taken from this piece of art: 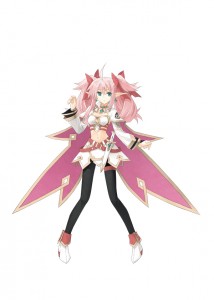