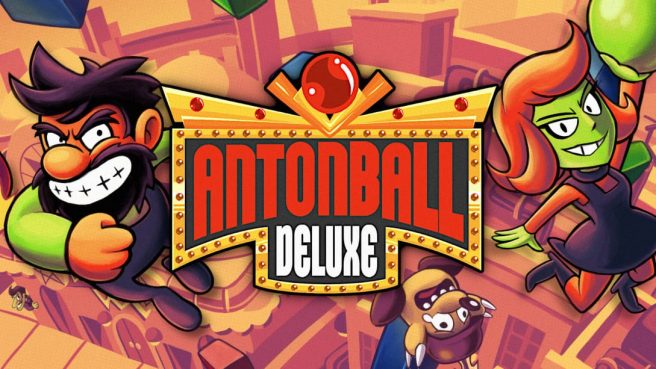 Antonball Deluxe first had a vague 2021 launch window on Switch. It was then thought that the game would be releasing in March, but that didn’t come to be. Now that we have an actual release date, there shouldn’t be any changes when it comes to the game’s launch.

Antonball Deluxe is described as “a high-octane smorgasbord of brickbreaking, molemashing, ballbusting action.” Three games are included: Antonball Arcade, Punch Ball Antonball, and VS. Antonball. Antonball Deluxe comes with 69 levels, 21 characters to unlock, and local co-op support for up to four players.

Here’s some additional information about the titles in Antonball Deluxe ahead of its arrival on Switch:

Antonball – An enhanced low-definition remake of Summitsphere’s legendary game jam title! After a long night on the town, Anton, Boiler City’s resident exterminator and overconsumer of fizzy libation, is struggling to find his way back home from Brulo’s Casino. Using his trusty Antonball, Anton decides to take the most direct path home after an unfortunate trip into the sewers: breaking straight through every single wall between the sewers and the city he calls home in 30 stages of brick-smashing fun!

Punchball – The tale of Anton’s building-mate Annie, and her indefatigable need to be the absolute best. When Annie discovers the Punchball Tourney being held at Brulo’s Casino, with the grand prize being a lifetime supply of Ballble Tea, she sets out to win first place! Players will need to help her defeat all of the trickster beasts that have volunteered to take part in Brulo’s wild game. Players will use the Punchball to slam enemies, then kick ’em off the stage in the quest to be the next great Punchball Champion!

VS. Antonball – Antonball but competitive! Each team has their own brick wall and aims to break the other team’s wall first. Defeat the other team by destroying their wall! Play 1v1, 2v2, or even 2v1! Many power-ups are in play, with some twists and turns depending on which arena players are having their ball-based blitz in!

View a trailer for Antonball Deluxe below.

Antonball Deluxe will cost $19.99 on the Switch eShop.