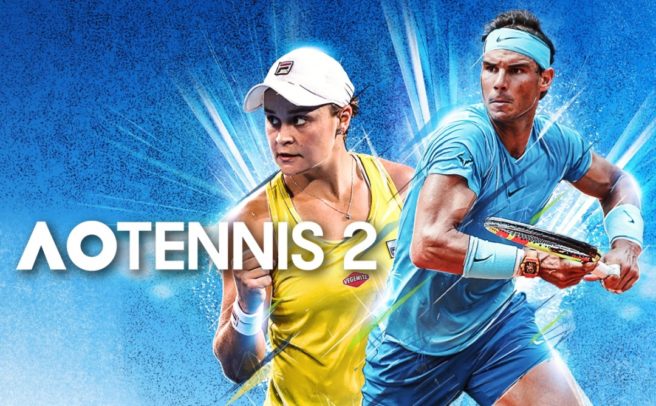 Publisher Bigben and Big Ant Studios today announced AO Tennis 2, a new game based in the official Australia Open series. It will launch on January 9 for Switch.

Here’s everything we know thus far:

In AO Tennis 2, tennis fans can take themselves from the outside courts to centre-stage glory in the all-new narrative-driven career mode. For the first time in AO Tennis, success for a young talented player depends as much on external events as great play on the court, which provides deeper immersion into the world of professional tennis.

Players can once again use Big Ant’s celebrated content editor, which was loved by the community in AO Tennis, to customise every element of their game. Furthermore, all content created and shared by users since the first game from 2018 will be available in AO Tennis 2. That’s over 20,000 players and hundreds of courts that can be enjoyed by fans of the sport.

For fans that want to relive the glories of their favourite players, AO Tennis 2 includes a roster of some of the brightest talents across both the ATP and WTA, including Rafael Nadal, Ash Barty, Angélique Kerber and many others. All venues that will be used in the 2020 Australian Open will also be available in the game, so fans can enjoy maximum authenticity as they play along with the Australian summer of tennis.

Big Ant also listened to the community and has implemented many other improvements and new features requested by players. More details about content and the career mode will be shared soon.

Developed in close collaboration with the tournament’s organisers, AO Tennis 2 will give fans a more intense experience of the Australia Open, the first of the year’s four Grand Slam events, which begins on 20 January.

We have the first trailer for AO Tennis 2 included below.