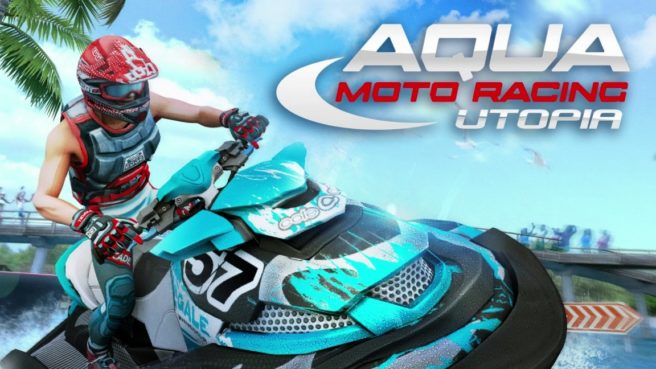 Bigben has announced that Aqua Moto Racing Utopia is scheduled for February in the states. It will be sold physically and digitally for $39.99.

Developed by Zordix, Aqua Moto Racing Utopia features seven pick-up-and-play game modes, including Championship and Freestyle Championship, Time Trials, Leisure, and Party Games. Take on 12 championships and more than 50 races in single-player, with up to four players in local split-screen multiplayer, or with up to eight players online.

Race through an exotic variety of courses across 10 scenic environments inspired by real-life locations, from the mighty Amazon River and Mediterranean coastline to mangrove swamplands and the warm tropics. There are 28 high-flying stunts and flips to master with your customizable driver using one of 44 powerful stand-up and sit-down jet skis.