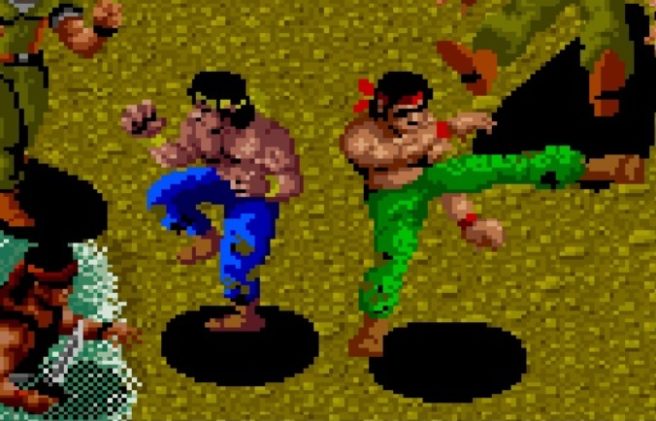 Hamster announced today that Ikari III: The Rescue is heading to Switch this week as the latest Arcade Archives game. It will launch worldwide on March 26, the company confirmed.

Ikari III: The Rescue originally came out for arcades in 1989, and was made by SNK. Here’s a brief overview from MobyGames:

The presidential candidate’s daughter has been kidnapped! It is your job to get past enemy lines and rescue her. This is the third game in the Ikari Warriors series, and features similar arcade/action gameplay. The screen is a top down view which scrolls vertically, with numerous bad guys to defeat. You start the game with just your fists, and as the levels progress you can find weapons and other objects to help you out.