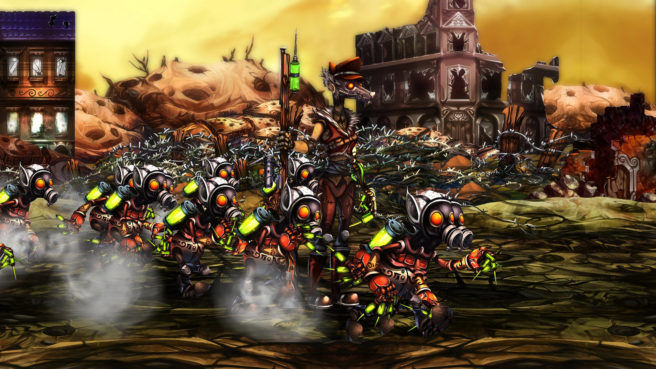 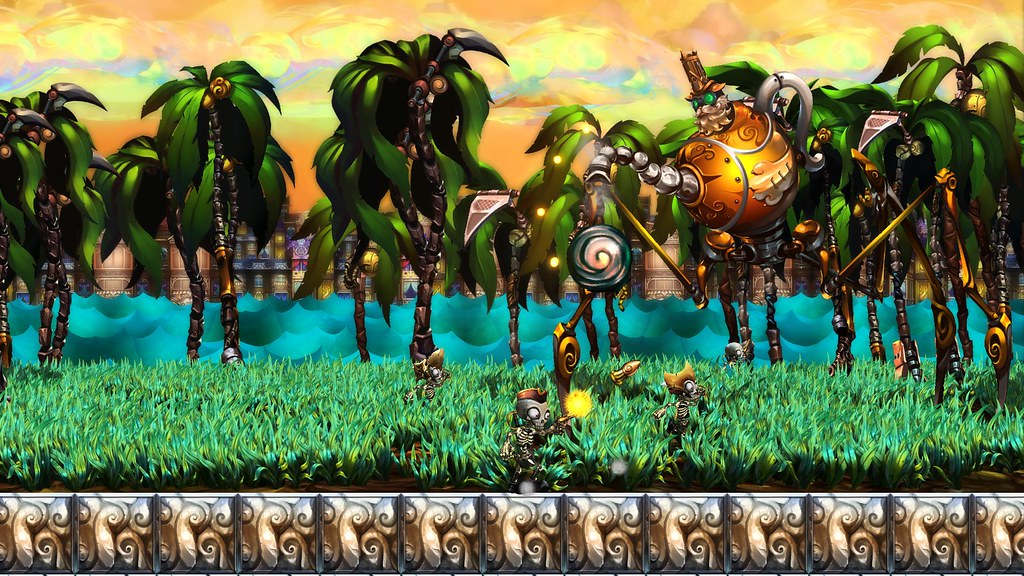 On the oceans, sailors tell stories of a ship crewed by the dead and flying the black flag of piracy. They say a skeletal army lives within its hold, waiting to assault unwary vessels and steal their treasure. In hushed tones, their name is uttered: “SkullPirates.”

Their captain, the Skull Queen, has a fearsome reputation as a cutthroat hunter of the seas. She should; she spent a whole lot on marketing to cultivate that image. She also spent a lot on weapons, cannons, clothes, hats, boots, jewelry, couches, drapes. But most of all, she spent money on her prized ship, “The Coccyx Avenger”.

In order to support this extravagant lifestyle, the Skull Queen borrowed money from unsavory characters, and now they’ve come to collect. A group of loan sharks, led by the cunning Sharktavia, have The Coccyx Avenger surrounded and are demanding repayment.

To save her ship, her career in piracy, and her reputation, the Skull Queen must send her crew to infiltrate the nearby isle of Catannia, locate its treasury vault, and steal anything that isn’t nailed down. It’s a good thing she has a lot of SkullPirates.

By successfully stealing the island’s more valuable treasures, you’ll be rewarded with new abilities and open new areas to explore.

Numerous treasures are tucked away throughout Catannia, just waiting for an enterprising SkullPirate to snatch them. But it’s one thing to take something and another to get away with it. Stealing from the locals will attract unwanted attention and authorities might be called to hunt you down.

When things get a little too hot, you’ll have to start running! Persistent enemies will give chase to retrieve their property and the only option is to flee with your ill-gotten gains and escape by boat from one several ports dotting the island.

Escaping Catannia with precious booty doesn’t mean you’re home free either. The waters between you and The Coccyx Avenger are sailed by rival pirates eager to claim the Skull Queen’s spoils for themselves.

SkullPirates will be even more fun with a friend in local or online cooperative multiplayer! The game will feature a drop-in/drop-out system, allowing two players to team up while raiding Catannia.

War Theatre is a strategy RPG for PS Vita and PS4. I took the feedback from Plague Road and the progression system people wanted, so in War Theatre you can upgrade your party with gold you’ll collect after levels which will allow you to unlock new perks etc… and customize your army and playstyle.

This game is closer to my past turn-based strategies like Desert Ashes on PS Vita, but this time you will have hero units, as you can see in the screenshot above. Those who have played Plague Road might remember the look of this nurse — it’s set in the same world as Plague Road, but hundreds of years later.

You will be able to lead your armies with a hero unit, which has special abilities that the rest of your army does not. For example: the Nurse can heal, and the Rat Mother can send her children to poison enemies.

There will also be cross-play online multiplayer across PS Vita and PS4, but unlike SkullPirates which focuses on co-op, War Theatre’s focus is on PvP. Your army’s progression is the same across single player and multiplayer, so no matter what you do you’ll always be upgrading and making your army better.

You play as Mr Cuddles, a mechanical rabbit who awakens in this mysterious city made out of leftovers of the world. The game is a 3D platformer with adventure game elements. You will find other mechanical animals that also have no recollection of their life before and that have created their own society within the ruins. It will be up to you to discover the purpose of all these leftover animals.

One of the areas of the game is an old theme park, which is based on the old times of the Pirates in that world. If you play SkullPirates, you’ll be familiar with the history of this area. 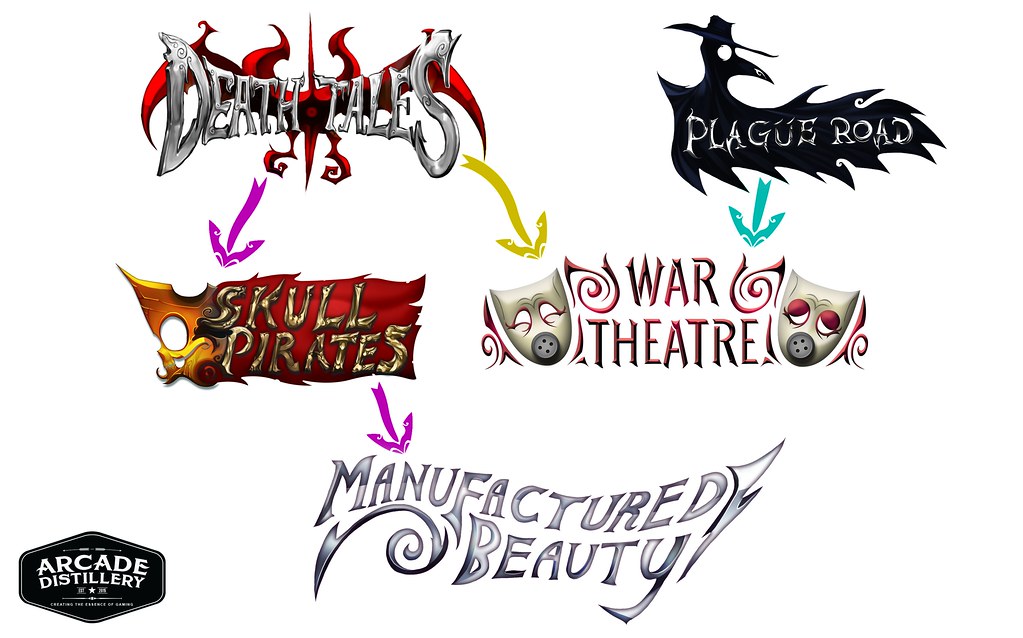 Death Tales, Plague Road, SkullPirates, War Theatre and Manufactured Beauty are all part of the same world, set during different times. Some characters may appear in different games, like War appearing in War Theatre as well as Death Tales. And the nurses order from Plague Road will be also in War Theatre. The graphic above shows how each game is connected, and what to look out for.