Ark: Survival Evolved dev is a fan of Switch, looking into the platform 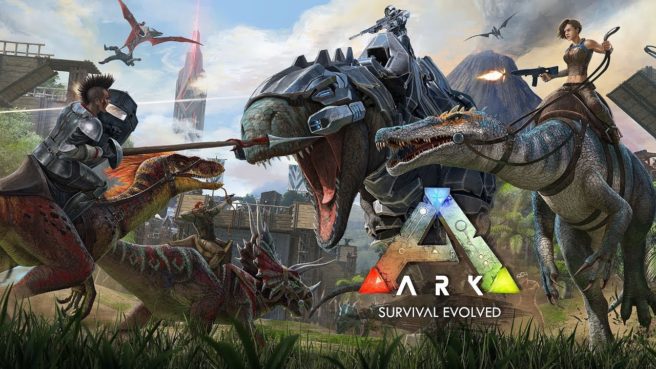 Ark: Survival Evolved developer Studio Wildcard has expressed interest in Switch. During an interview with GamesIndustry, Studio Wildcard co-founder Jesse Rapczak said the system would be “a great platform for a game like Ark, because if the game is designed right, you can kind of pull out and do some stuff.” Rapczak added that the team is investigating Switch to “see what we can do there.”

The one challenge is that Switch “is a totally different platform”. Rapczak brought up that memory in particular could pose a problem in bringing Ark over. However, Rapczak did say that they’re “throwing some ideas around, just seeing if it makes sense right now.”

“Switch is a little challenging because it is a totally different platform, so we’re throwing some ideas around, just seeing if it makes sense right now. We don’t have any concrete plans yet, but we’re very close to Nintendo up here in Seattle and we all love the Switch for portability gaming and stuff like that. Ark is one of those games where if you want to do everything you can in the game, it’s hard to pull away from it to go do real life. So I think Switch is a great platform for a game like Ark, because if the game is designed right, you can kind of pull out and do some stuff. It’s kind of like some players play it almost like you might play a mobile game – you know, you might want to go do something in the game for a few minutes, like tend to your dinos or your crops or something if you play Ark that way. The mobility of the Switch platform might be appealing to those players, because they can just kinda carry it with them.”

“So we do have a lot of hurdles there, especially with memory. But I will say, for sure, we’re not ignoring the Switch. I think it’s definitely proven to be a platform that is a little bit better this time around for third-party developers. People are buying it. People are loving the games. I think it’s just something that now is on our radar [so] let’s take a look at it and let’s see what we can do there.”