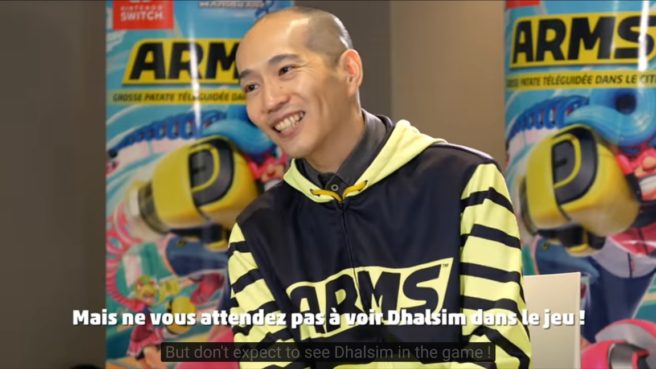 Last week, YouTuber KayaneTV uploaded a new interview with ARMS producer Kosuke Yabuki. Among the topics discussed were the game’s early success, a removed feature in which involving blow power (how strongly you punch), and his appreciation of Street Fighter – but Dhalsim won’t be added. Watch the full interview with Yabuki below.