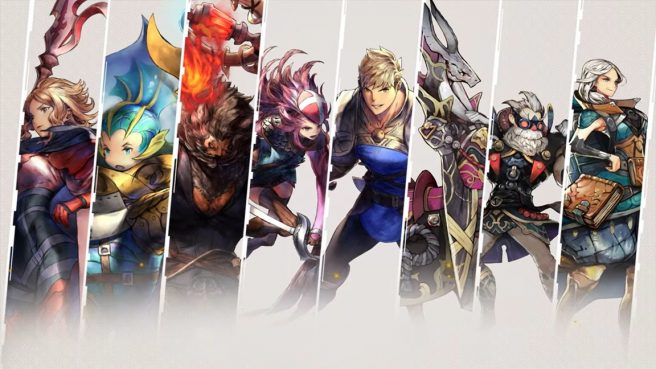 Astria Ascending is just a couple of weeks away, and publisher Dear Villagers and developer Artisan Studios are preparing for the launch with a new trailer and news about a digital collector’s edition.

In the digital collector’s edition, players will receive an art book, world map, the OST and a DLC with weapon skins. The whole thing goes for $39.99. If you’re opting for just the game itself, it’ll cost $34.99.

Those that are interested in collecting will be able to pick up a Japanese-only physical collector’s edition. Copies include the game, art book, original soundtrack, and map. Play-Asia will soon have import pre-orders here.

Finally, aside from the collector’s edition news, we have a new animated trailer for Astria Ascending. We have it below, along with more information about the game.

An epic adventure with the charm and pedigree of a classic JRPG, Astria Ascending tells an expansive story of fate, sacrifice and new beginnings. The game was developed over the course of three years by a team of ten developers at Artisan Studios, and boasts contributions from world-class JRPG developers, with a narrative written by Kazushige Nojima (Final Fantasy VII, Final Fantasy X, Final Fantasy VII Remake), score by Hitoshi Sakimoto (Final Fantasy XII, Vagrant Story), and art from CyDesignation (Akihiko Yoshida and Hideo Minaba).

In a world where chaos looms, players take control of the Demigods – a motley crew of eight heroes charged with the fate of the world. Each character has their own story, explored across five cities, twenty-five dungeons and seventy hours of gameplay up to fifty for 100 percent completion. Along with the finely tuned turn-based combat, players can try out a range of side quests and mini-games, including an original fantasy-themed token game.

– Epic Tales: Fight for the future while you reckon with the past; sacrifice everything, relinquish nothing. The story of Astria Ascending was developed in part by writer Kazushige Nojima, known for his work on Final Fantasy X and Final Fantasy VII Remake.
– Living Landscapes: Travel the world of Orcanon, a richly imagined and fully animated 2D landscape with five cities and a dynamic weather system.
– Unforgettable Characters: Pick from eight customizable player characters spanning a range of fantastical races and skills, and assemble a diverse team of heroes.
– Rewarding Combat: Work together to save the world, waging strategic turn-based battles using the innovative focus point system.
– A Treat for the Ears: With music and SFX from composer Hitoshi Sakimoto (Final Fantasy XII, Valkyria Chronicles), Astria Ascending is a heart-swelling joy to listen to.