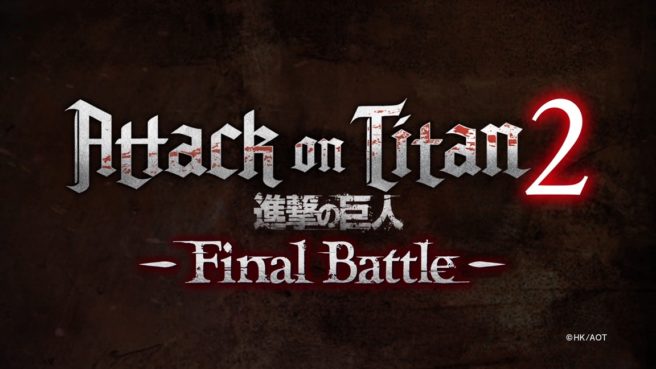 Koei Tecmo has released another gameplay trailer for Attack on Titan 2: Final Battle that this time focuses on the Thunder Spear weapon.

According to Gematsu, this new weapon is intended to take down standard titans in a single blow, while also being able to damage armored ones.