Posted on 13 years ago by Program in News, Wii | 0 comments

Posted on 13 years ago by Program in DS, News | 4 Comments 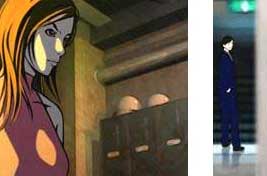 “We are currently working on several titles for launch in Europe. With AQ Interactive we’re also working on Lost Regnum, which will be published in Europe with the name: Warriors of the lost Empire. We will also be launching our own IP’s: Mind Your Language, a new language game that will be available for learning: Spanish, English, French, German and yes, Japanese!

We also have B-Team in the works, more information will be available shortly, but to give you a preview, think the A-Team mixed with Hogan’s Heroes. We have games for younger audiences, Pocoyo and Lola & Virginia will also making their first appearance on consoles this year, and of course we have the much anticipated Realmadrid Real Life which creates a totally new genre as well, projected for the end of 2008 just to name a few. We are on a constant lookout for new concepts or games that will be attractive to the end user and to add to our ever-growing catalogue.”

In case you aren’t familiar with the animated shows, the pictures are screen captures from Lola & Virginia. While this particular game may not be of great interest to the Siliconera crowd, thought of Mind Your Language: Japanese Training probably is. The other promising development is seeing another relationship between AQ Interactive and an international publisher. Could Virgin Play be brave enough to take a risk with the vertical PSP game, Anata wo Yurusanai (I Won’t Forgive You)?

Posted on 13 years ago by Program in News, Wii | 0 comments 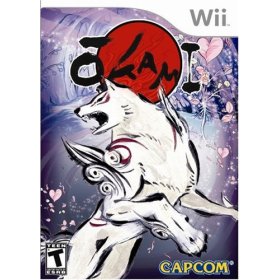 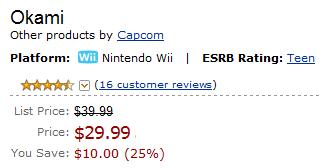 Posted on 13 years ago by Program in DS, News | 0 comments

It doesn’t look like Nintendo had much faith in the sales of Glory of Hercules. They only shipped 40,000 units to Japanese retailers. Within the first day of sales, the title wracked up 12,000 sold. Not bad, but not stellar. I don’t think Nintendo will have to restock the game very soon, if at all. This also doesn’t bode well for a localization of the game. 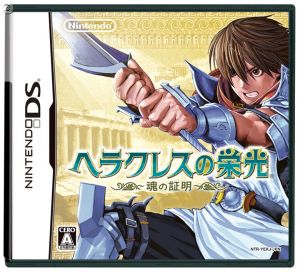 Posted on 13 years ago by Program in Features, Wii | 0 comments

Since it was introduced, the Nintendo Wii system has been hailed as a revolution in video gaming because of its motion-activated controls that allow a player to participate physically. That’s all well and good when the motion is a tennis stroke. But what about when it’s a sawing motion, one used to separate a limb from a body, and the scene on the screen shows all the gory details? The game to attract scrutiny “Manhunt 2”, from Rockstar Games, the company behind the controversial Grand Theft Auto series, but it is already creating a stir. In the game, the player assumes the role of an escaped mental patient who goes on a killing spree. In the United States the game has received the most restrictive rating possible, ‘Adult Only’, from the nation’s Entertainment Software Rating Board . An AO rating, which is rare and typically applied to games with mature content, means nobody under 18 can buy the game. Critic’s argue that the combination of Manhunt 2 (the game noted for its “sustained and cumulative casual sadism”), with the Wii the game controller that’s so engrossingly interactive that it led to a multitude of video game incidents, provides far too much reality for the the young audience of video gamers, the under 18 set.”You can use a saw blade and cut upward into a foe’s groin and buttocks, motioning forward and backward with the Wii remote as you go.”

“The more realistic and involving the game gets, and the greater the similarity between the action in the game and real life action, the stronger the negative effects would be,” says Joanne Cantor, a Wisconsin research psychologist who has spent 30 years studying the effects of media violence on children. “No, your son may not turn into a criminal. But exposure will take a toll on his life somewhere, probably in interpersonal relationships. These are subtle effects. They take time to surface. A teen isn’t going to notice them.”

David Finkelhor , co director of the Family Research Lab at the University of New Hampshire, says no game alone is going to drag a child into criminal activity. “It’s when you have other potentiating factors — family problems, mental health issues, extreme stress, dangerous neighborhoods,” he says. “Playing these games with or without the Wii enhancement is not going to take the typical teenage boy and make a killer out of him.” In fact, he says, in the 10 or 12 years in which violent video games have proliferated, the juvenile crime rate has gone down, as have school homicides.

nd the pale in terms of violence. I’m sure this one will be worse,” he says. “But that Wii interactivity adds an extra kicker to what happens in the brain is purely speculative. The Wii technology isn’t as bad as some folks say or as good as Nintendo wants you to believe.” Dennis McCauley, editor of gamepolitics.com says.

Just to be clear, however, the AO version will never see the light of day. Turns out, Sony and Nintendo won’t allow AO games on their systems.
(The Entertainment Software Rating Board gives the company 30 days from the time of the AO rating to resubmit for a lesser rating.)

“The Nintendo company is knowingly exposing our children to disturbing acts of foppishness right in our living rooms,” said Roberts of PAW. “Even more frightening, the motion-sensing technology teaches them that the only way to resolve conflicts is to flail their arms in acts of fruity aggression.”

Assuming the children are safe, is virtually disemboweling someone with the full body interaction provided by the Wii different than pressing a few buttons in other video game systems such as PS2? Of course, it is acceptable under the Constitution. What we’re pondering here is an image problem.

In the end, Nintendo and Rockstar’s parent company may end up having no choice but to meet somewhere in the middle.