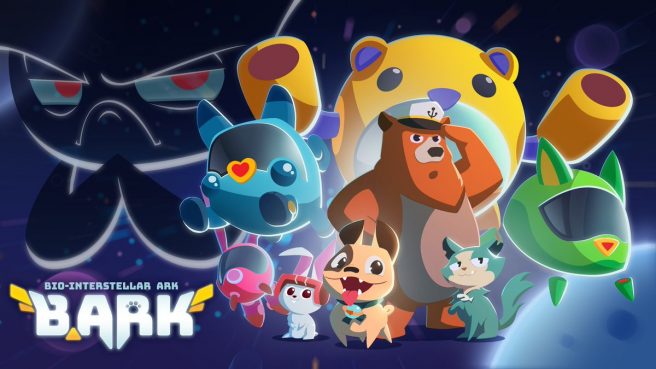 B.ARK, Tic Toc Games’ animal adventure retro shoot ’em up that was first unveiled last year, has received a final release date. Announced today is that the title will be making its way to Switch on July 29.

Here’s an overview of B.ARK as well as a new trailer:

Join the ferocious members of Team B.ARK, a squad of animal pilots and Earth’s only hope against the Dark Tide, a menacing armada of cybernetic sea creatures. Soar across the Solar System as one of four formidable pilots: Barker the Dog, Felicity the Cat, Lucio the Bear, and Marv the Rabbit. Master each character’s unique ship, all equipped with their own weapon types and Super abilities.

Face off against impressive screen-filling bosses with the risk-taking attitude of a daredevil dogfighter. Downed players can be picked up by teammates’ ships to enable Side-Car Mode, allowing downed friends to stay in the game. Fly like a team, but don’t forget about the end level tally that compares each pilot’s performance!