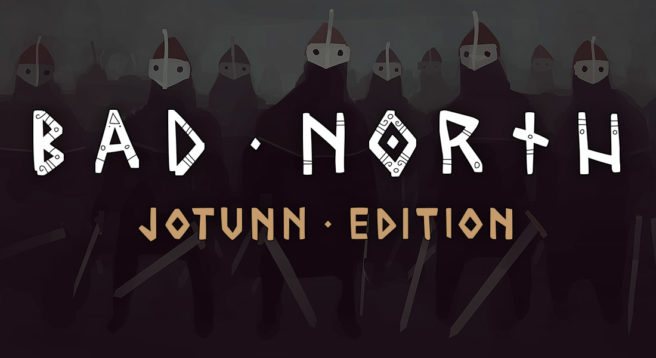 Bad North has announced a new “Jotunn Edition” update. Due out this summer, it will feature campaign changes, difficulty enhancements, new features, and more.

The team have been hard at work listening to feedback and crafting exciting new features and content for the game. For those of you that have the game on Steam, we’d like to invite you to check out a public beta for this giant update, starting right now!

We really want your feedback on this preview build, so if you have thoughts on the balance, new features, or find some bugs (oh no!), let us know via the Raw Fury Service Desk (Select Bad North: Jotunn Edition under the game field)

We’ve reworked the campaign progression to show the enemy types on levels, advance the Viking Frontier faster and replaced individual gold with a shared gold pool. This is all comes together to allow you to make much more informed strategic decisions between levels and makes tackling multiple islands per turn a more viable approach.

There’s 4 more Items to find and we’re also introducing Commander Traits – smaller, passive buffs for your Commanders – so more than ever you will need to work with what you have and each run will be more unique. Over time you can unlock all these Items and Traits as Starting Upgrades, which you can select for your initial 2 commanders when starting a new game.

There are some new options for more casual play, such as Checkpoint Islands which give you a reset point, acting as a safety net for when your campaign reaches a tragic conclusion. You can also opt out of the “Iron Man” behaviour of the game by enabling Replayable Levels on a new campaign (no more save scrubbing needed!). And if more casual is not what you’re looking for, we’ve also added an unlockable Very Hard difficulty for those who want the challenge.

On top of this we’ve tweaked up a lot of the basic / core mechanics, tightened up a lot of gameplay, polished the visuals further and added some quality of life features.

Plus: Loads of visual / UI tweaks, small gameplay changes and too many things for us to ever list here!