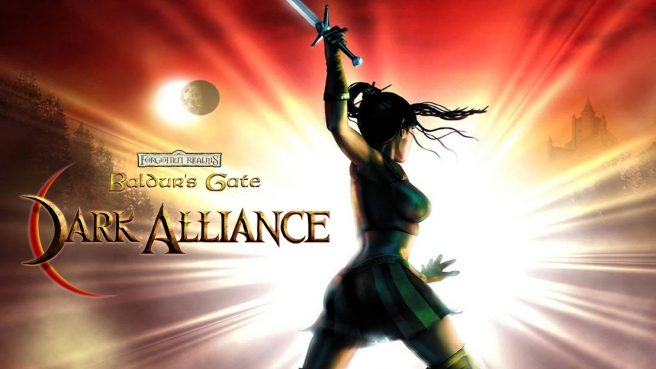 The classic action RPG Baldur’s Gate: Dark Alliance is about to return on Switch, Interplay Entertainment and Wizards of the Coast have revealed. It’ll be out digitally tomorrow, May 7.

This revival of the original Baldur’s Gate: Dark Alliance puts the ‘action’ back into the action-RPG genre, plunging players into the heart of Faerûn. As well as looting and leveling, players must actively defend against and dodge attacks, evade deadly traps and fight hordes of monsters ranging from swarming kobolds to the iconic and all-consuming Gelatinous Cube.

Featuring three customizable heroes, this epic adventure spans dozens of locations across three massive acts, through the dungeons beneath the city of Baldur’s Gate, to the peak of Burning Eye mountain, deep into the Underdark and beyond.

With a PC and mobile launch planned, now’s your time to grab a friend or brave a dungeon alone and play the remastered original ahead of the all-new Dungeons & Dragons: Dark Alliance coming in June!

– A re-release of the beloved console classic
– Three race and class combinations. Play as a dwarven fighter (Kromlech), a human archer (Vahn) or an elven sorceress (Adrianna).
– 11 vividly rendered spells, including Magic Missile, Otuluk’s Icy Sphere, and Mordenkainen’s Sword.
– More than 40 different types of monsters and boss villains.
– Over 25 active and passive skills to buff your adventurer’s ability to deal and take damage.
– Varied environments, from the sewers beneath the city of Baldur’s Gate, to the Sunset Mountains, to the Marshes of Chelimber.
– Four difficulty levels to challenge even the hardiest adventurer; “Easy”, “Normal”, “Hard” and “Extreme”.
– Fully voice-acted by an all-star cast.
– Local co-op support!