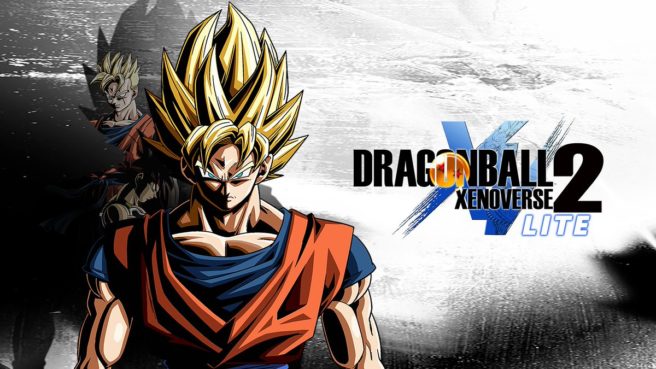 The latest issue of V-Jump has revealed that Bandai Namco is bringing Dragon Ball Xenoverse 2 to Switch. This is a free-to-play version of the game, which includes access to five story episodes, online battles and online quests, and Colosseum mode.

Here’s the full rundown as to what’s available:

– Play five story episodes -“Raditz’s Attack,” “The Saiyan Threat,” “Ruckus on Planet Namek,” “The Ginyu Force Strikes,” and “The Galactic Emperor” – from the main game.
– Take part in Online Battles and Online Quests – with the option to play against those with the full version of the game (Online events and expert missions will remain exclusive to owners of the full game).
– Compete in Hero Colosseum mode, with all content and online matches.

When Dragon Ball Xenoverse 2 Lite launched on other platforms, it came with the option to transfer saved data from the Lite version to the full version. That should be the case here as well.

Dragon Ball Xenoverse 2 Lite will be offered for a limited time on Switch this summer.