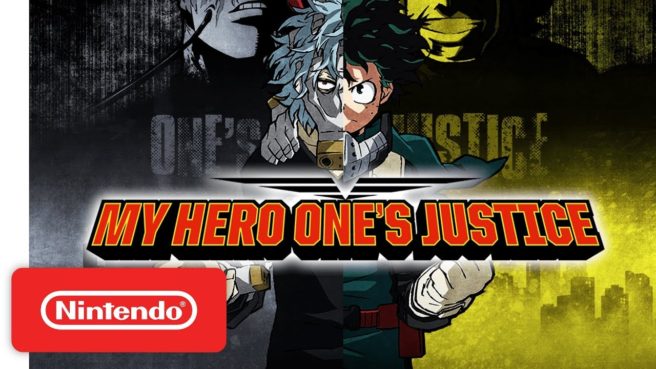 Here’s the rundown of each title:

In the not too distant future, a mysterious disaster has caused the collapse of the world as we know it. Towering skyscrapers, once symbols of prosperity, are now lifeless graves of humanity’s past, pierced by the Thorns of Judgment. At the center of the destruction lies a hidden society of Revenants called Vein. This final stronghold is where the remaining few fight to survive, blessed with Gifts of power in exchange for their memories and a thirst for blood. Give into the bloodlust fully and risk becoming one of the Lost, fiendish ghouls devoid of any remaining humanity. Wandering aimlessly in search of blood, the Lost will stop at nothing to satisfy their hunger. Team-up and embark on a journey to the ends of hell to unlock your past and escape your living nightmare in Code Vein

Developed by Larian Studios, Divinity: Original Sin 2 was a multi-award winning, single-player and cooperative multiplayer fantasy RPG on PC that gave players a world of near-limitless possibilities. Now featuring new updates and quality-of-life improvements for console players, Divinity: Original Sin 2 Definitive Edition will enable console players to experience one of the most immersive RPG experiences ever created. Players must use their wit or their grit, gather their party, master elements, and forge friendships, and snuff out rivalries on their quest to ascend to divinity.

The greatest heroes and villains from the 50-year history of Shueisha’s influential Japanese Weekly Shonen Jump magazine will battle against each other across iconic locations on Earth in this anime fan’s dream come true! Featuring the world’s most popular and classic manga and anime franchises including DRAGON BALL Z, ONE PIECE, NARUTO, and many others, players will be able to compete in hyper-stylish arena brawls set against familiar backdrops of famous landmarks around the world including New York City’s Times Square and the Matterhorn.

Based on the popular Weekly Shonen Jump® manga and anime franchise, My Hero: One’s Justice is a 3D arena fighting game that pits 3-person squads against one another in massive environment-destroying, superpower-fueled bouts. The title features several fan-favorite characters including Izuku Midoriya, Katsuki Bakugo, and Tsuyu Asui, along with Pro Heroes All Might and Eraserhead, and villains like Stain, Dabi and Himiko Toga, engaging in combat in the air, on the ground, or even on the sides of buildings. The action is non-stop and over-the-top.

The Naruto franchise is back with an amazing new experience in Naruto to Boruto: Shinobi Striker. Players can create and customize their own Naruto avatar, choosing their face, attire, and jutsu. True to the Naruto universe, players will have the ability to run on walls and experience acrobatic ninja action. By battling as a team of four and competing against other ninja teams, players can become ninja masters and lead their team to victory. Get ready to experience the Naruto universe in Naruto to Boruto: Shinobi Striker and become the ultimate online ninja!

Soulcalibur VI (Fighting Game for PlayStation 4, Xbox One, and PC via STEAM) – Available 2018

Soulcalibur VI represents the latest entry in the premier weapons-based, head-to-head ﬁghting game series and continues the epic struggle of warriors searching for the legendary Soul Swords. Taking place in the 16th century, players will experience the events in this storied universe that took place prior to the original Soulcalibur to uncover hidden truths. The heroic battles transpire in beautifully designed environments with ﬂuid and deadly motion at the heart of each fight. Soulcalibur VI introduces Reversal Edge, a brand-new mechanic that enables players to turn the tide of battle within seconds, and also welcomes Geralt of Rivia, from The Witcher, into the fray. With eye-popping graphics and visual appeal, Soulcalibur VI marks a new era of the historic franchise and its legendary struggle between the mighty Soul Swords!

Bandai Namco can be found at booth number 1647 in the South Hall of the Los Angeles Convention Center. E3 2018 takes place between Tuesday and Thursday of this week.