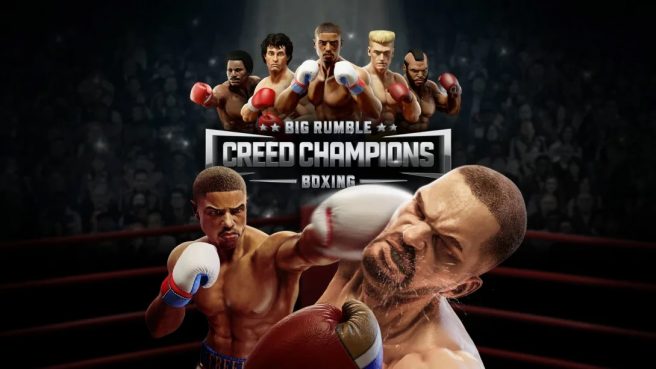 It’s been nearly a year since we first heard about Big Rumble Boxing: Creed Champions. The game was announced during a Nintendo Direct Mini: Partner Showcase last August, and then promptly dropped off the radar.

Big Rumble Boxing: Creed Champions has now resurfaced. A listing for the title has popped up on the eShop with new details and screenshots.

Do you have what it takes to be a champion? Train, fight, and win like Adonis Creed and Rocky Balboa in this knockout boxing game!

Are you ready to become a boxing champion? Step into the ring and show off your boxing skills in a knockout arcade experience. Fight as one of 20 iconic characters from the Creed and Rocky movies. Take on world-class opponents across a variety of thrilling locations, or challenge your friends and family in intense, head-to-head matches.

Pound-for-Pound Boxing for All

Pulse-rousing Fun with Friends and Family

Big Rumble Boxing: Creed Champions is the second collaboration between Survios and MGM Studios Inc., that brings the gripping intensity of Creed boxing to consoles for the first time.

Big Rumble Boxing: Creed Champions launches for Switch on September 3. The game can be pre-ordered on the eShop now for $39.99.