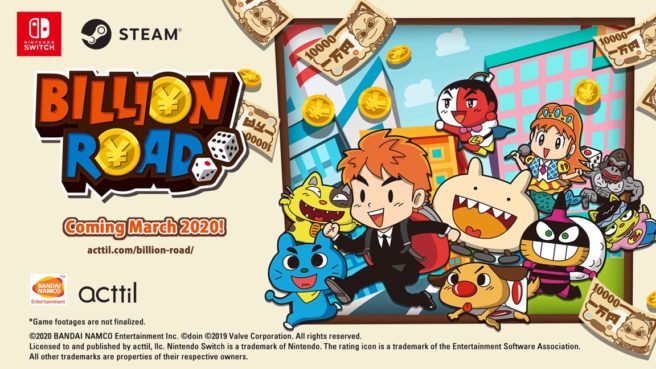 Billion Road, Bandai Namco’s new party game that was set to release soon on the Switch, has just been delayed.

The game was originally slated for a March release but has now been moved back to April 26, 2020. This has been confirmed on the game’s official Nintendo.uk website as well as its Steam page.