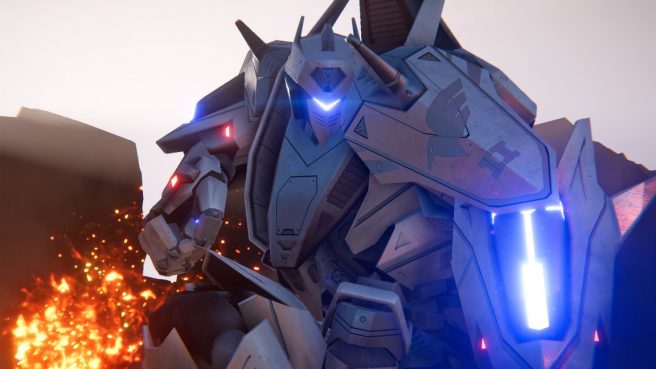 Publisher Blowfish Studios and developer Drakkar Dev have announced a final release date for Blackwind, a sci-fi action-platformer with hack-and-slash combat. The game will be available digitally on January 20, 2022. Fans can also purchase a physical version in Europe starting on January 21 with North American copies releasing later on.

Here’s everything you need to know about Blackwind:

The peaceful human mining colony on the planet Medusa-42 suddenly faces an invasion by the Raknos, a ruthless alien race hellbent on destroying everything in sight. James Hawkins, a teen with no formal training, finds himself alone after a crash landing in his father’s revolutionary battle mech prototype. Fortunately, the Battle Frame’s AI, Blackwind, provides all the companionship and protection Hawkins needs. Only together can the pair fight their way through the hostile planet, find Hawkins’ father, and destroy the alien threat.

Hack-and-slash through dynamic isometric locations with energy blades, blasters, missiles, mines, and grenades to clear out the barbarous alien threat. Solve brain-teasing environmental puzzles while leaping and grappling around obstacles and adversaries. Rip through the hordes of Raknos bipeds, spiders, drones, swarms, and other dangerous forms with a wide range of melee and ranged attacks. Unleash devastating blows with brutal termination finishers before moving on to the next foe.

Deploy the detachable Battle Frame Drone to extend combat and exploration capabilities. Evolve the Battle Frame by expanding three skill trees with dozens of upgrades and abilities. Choose between three difficulty levels to traverse the planet alone or with a friend in local co-op mode where Player One controls the Battle Frame while Player Two attacks using the agile Drone to deal damage throughout imaginative sci-fi landscapes.

March across sand-swept deserts, scale snowy mountains, and trek through dense forests, all full of deadly bosses like massive alien war beasts or time-bending shamans. Search top-secret scientific research facilities across the campaign to defeat the Raknos threat and solve the mystery behind their true mission.

You can learn more about Blackwind by visiting the official website here.