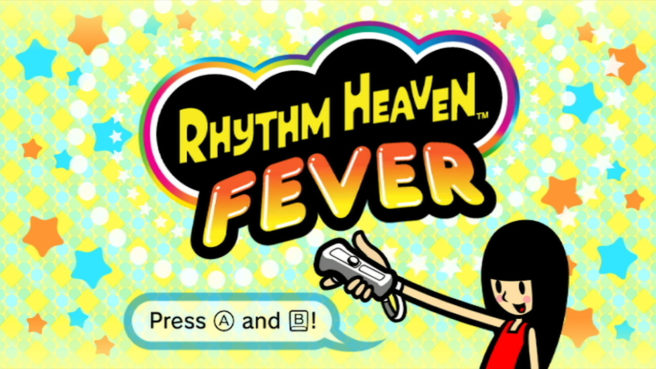 Japanese Twitter user kentarock1020 has a son named Hibiki who, very sadly, is completely blind. He’s lacked the ability to see since the age of two due to the rare cancer form retinoblastoma. That naturally makes it difficult to play most video games. However, there’s one Nintendo series he’s managed to not only play, but also excel at.

With the help of his father, Hibiki wrote a letter to Nintendo thanking the company and asking for more Rhythm Heaven (Rhythm Tengoku in Japan) games in the future. The full message is below:

Hello. My name is Hibiki Sakai and I am in fifth grade. I am blind, but I’ve always wanted to play video games like everyone else. But there aren’t many games I can play at all. The one game I can really play is Rhythm Tengoku. It’s the only game I can enjoy together with others, and I never lose at it. I’ve gotten perfect scores on all the versions on the Game Boy Advance, Nintendo DS, Wii, and 3DS too.

So I really, really want you to make more Rhythm Tengoku games. And it’s perfectly fine if you make them a little harder too!

I think that there are a lot of other kids with visual impairments who want to play video games but can’t. So I’d love for you to develop more games for people with handicaps to enjoy playing with others.

I will always support you, Nintendo.

Believe it or not, Nintendo responded, and did so in an amazing way. Along with a standard letter for his parents, the big N also included a braille version so that Hibiki could also read it. His father was grateful, writing on Twitter, “Them sending such a sincere correspondence to just one person is truly divine customer service.”

The full reply from Nintendo is as follows:

“Thank you so much for sending us here at Nintendo your heartwarming letter.

We have passed on your letter to Nintendo’s development department. We want to keep making games that everyone can have fun playing, so thank you for your support.”

Aside from gaming, Hibiki has a passion for playing the drums. He’s actually been invited to big events in Osaka since this story began to circulate online.

Thanks to NintendoPSX for the tip.