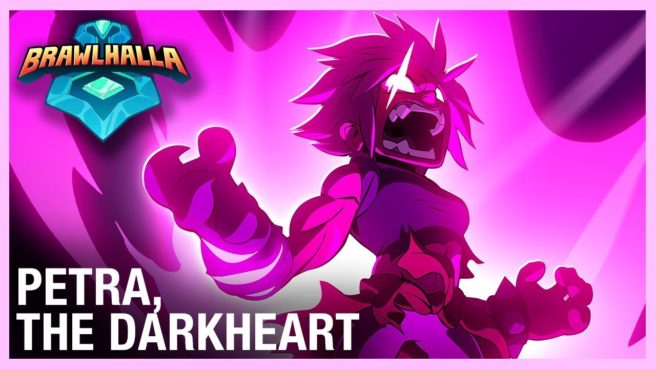 Ubisoft has announced that Petra has been added to Brawlhalla as a new Legend character. That’s the 46th Legend in the game, the company says.

Petra “brings her Orb and Gauntlets to the halls of Valhalla from Terminus, the dystopian prison realm that Petra calls home.” We have more information about the character plus a trailer below.

Born in the chaotic nexus dimension that contains Terminus, Petra was as wild and ungovernable as her native world. From Petra’s humble beginnings buying and selling forbidden items, she fought her way up through turf wars, eventually winning control of Terminus. Before Terminus was a prison, it was a mine – the only source in the multiverse of the cryptic ore called Darkheart. The power and danger of Darkheart was so great the gods folded Terminus into its own dimension and declared it eternally bound just to quarantine the ore. Darkheart became the ultimate cosmic contraband.

Some say Petra was infected by Darkheart, others say she unlocked its power. Whatever the truth, it changed her life forever, and has brought that mythic ore and the strength it imbues to Valhalla. In Valhalla, Petra is quarrelsome, violent, brooding, unruly, and very well-liked.

Petra’s signature moves for Orb and Gauntlets are: