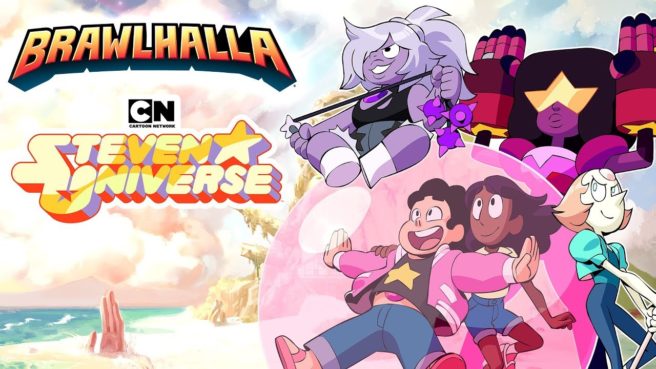 Here are the patch notes for version 3.53, along with a trailer for the new collaboration:

In Brawlhalla, Garnet, Amethyst, Pearl, and Stevonnie mirror the abilities of Petra, Xull, Kaya, and Val, respectively, and will be staying in Mallhalla after the event ends.

Battle like the Crystal Gems! Strike your opponents to capture them in Gem Bubbles. Bubbled players can’t attack and have limited movement, but you can save the day by tagging your teammates to free them. Capture the entire enemy team to score a point. The first team to 5 points wins!