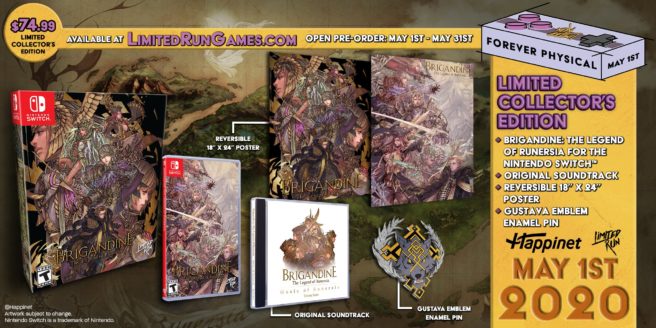 It was previously announced that Limited Run Games would be offering a physical version of Brigandine: The Legend of Runersia. The company followed up today with some additional details.

Aside from a standard release, Brigandine: The Legend of Runersia is also getting a collector’s edition. Copies include the game, soundtrack, reversible poster, and an enamel pin.

Reservations for the standard release and collector’s editions open on May 1 at 7 AM PT / 10 AM ET. There will be a four-week open pre-order.