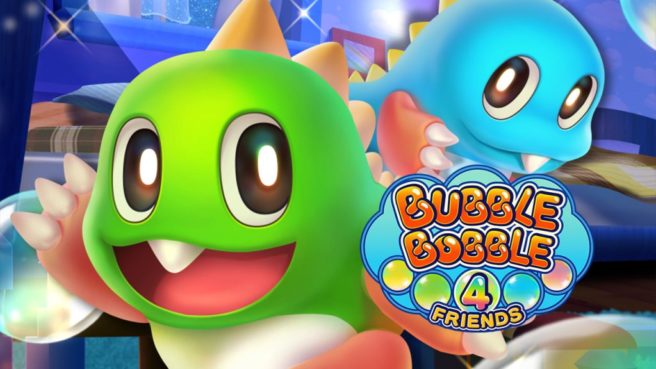 After arriving on Switch in the West in early Spring, Bubble Bobble 4 Friends will be making the jump to PS4 this winter. Along with this release, Taito will be adding to the already 100 level count with 100 additional levels as an update to the original Switch version. These levels, included in the PS4 version at its launch, will be part of a new area called “Skel-Monsta’s Counterattack,” featuring the invincible Skel-Monsta from the original Bubble Bobble game. In addition to the new levels, other new features will be introduced to the game. These features will be revealed by Taito at at a later date, so keep a look out for new information.