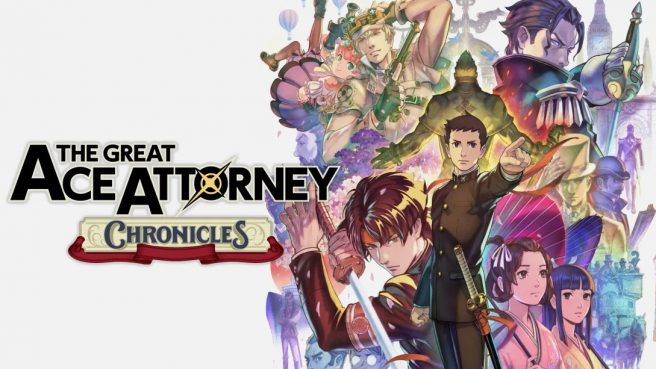 The Great Ace Attorney games, which first came to 3DS, are getting another chance in the limelight. That’s because Capcom will be putting both titles to Switch very soon. Not only that, but they’ll be released in English for the very first time.

“Authentic, yet accessible” was my mantra during this project, and keeping to that was very hard at times. However, it was also a large part of how I kept the text going down the right track. Translating things too authentically sometimes can lead to the text becoming inaccessible in some cases. This applies not just to Japanese cultural elements, but also things like using more obscure Victorian Era-words or even hardcore Britishisms that, while authentic, would’ve been completely confusing to people unfamiliar with those words and phrases. So while we stuck to natural British English dialogue writing, we never did it in a way that would cause a player to get stuck or make a puzzle unsolvable due to a cultural or grammatical misunderstanding.

Authenticity also drove how I decided we would bring across the main characters’ thoughts and feelings. The story and perspective of The Great Ace Attorney is heavily tied to the protagonist’s identity as a Japanese national, so I felt it was important to convey his and Susato’s immigrant experience where it appeared in the game. Drawing on my own experiences of being an immigrant, first to America and then to Japan, I thought it vital to keep their reactions to each new discovery they made in Japanese. Anyone who’s travelled to another country can likely attest that it’s natural for people to compare new concepts, objects, and experiences with something more familiar. But how do you do that without making the player look up what each word means, or having Susato explain to Ryunosuke something he should already know as a Japanese man? For example, Ryunosuke refers to some passenger flying balloons as “temari” in the Japanese version, as that’s what their colorful designs and round shape reminded him of. In this case, we decided to keep “temari” but provided a definition by following the word up with “handball,” which is a common practice in translated texts. In other situations, we worked to make sure the Japanese object or concept could be understood through the surrounding character banter or just the context alone.

Another huge obstacle has been the amount of programming/scripting involved with this particular title. The Great Ace Attorney really aimed to bring each character to life through animations and dynamic camera work. This led to animation changes in the middle of nearly every line of dialogue in some places. The game’s visuals are also a departure from the mainline Ace Attorney games in that there are connecting animations between each animation. Because we couldn’t change or rearrange the characters’ animations, we would first translate the game as naturally as possible and then adjust the translation as necessary, so that each animation could play out as they were meant to without causing any unintended bugs because a line was too short, for example. In addition, the Japanese version was very carefully crafted to create a sense of speech through a custom scripting language that can dictate a whole range of elements such as the display speed of each line, when and for how long pauses in the text and sound effects should last, and even the speed at which animations should play for comedic effect. So re-creating that “being read aloud” feel and making sure the comedic timing was just right in the English version as well was a monumental task.

And lastly, due to the ongoing pandemic, it was a small miracle we were able to record an English dub at all. But everything fell into place somehow, and I have nothing but thanks and appreciation for everyone – especially our amazingly talented actors who worked so hard to make it happen.

The Great Ace Attorney Chronicles will make its English debut on Switch on July 27.