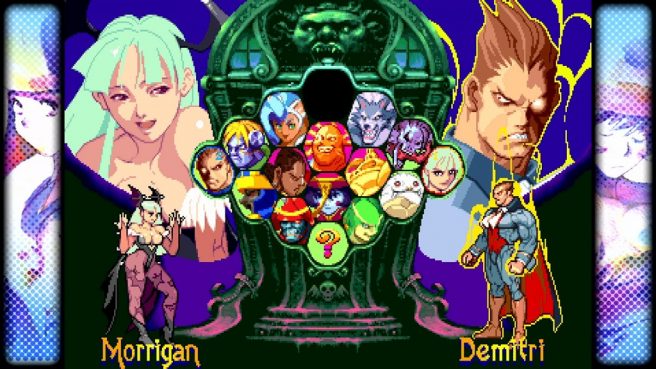 If you’re interested in learning more about Capcom Fighting Collection, we have an official fact sheet with everything you need to know. We’ve included it below.

Fighting fans can celebrate 35 years of Capcom fighting games with Capcom Fighting Collection, an anthology of 10 classic titles – including the full Darkstalkers series together for the first time ever outside of Japan – releasing June 24, 2022. Each of the 10 titles in the collection has been revitalized with online multiplayer, enhanced features, and quality of life updates.

• Darkstalkers All-in-One – For the first time ever outside of Japan, all five Darkstalkers games are playable in one collection, including two titles previously released only in Japan.
• Cult Favorite Red Earth – Red Earth also makes its debut outside of the arcade, landing on consoles and PC!
• Here Comes a Renowned Challenger – The iconic Street Fighter brand makes an appearance across Super Gem Fighter Mini Mix, Hyper Street Fighter II, and Super Puzzle Fighter II Turbo.
• Online Play for All – Players can now take the fight online to showcase their abilities in all 10 titles across ranked, casual, and lobby matches with up to 9 players.
• Robust Rollback Netcode – Online Play will be supported with rollback netcode for a strong and stable online experience!
• Train to Win – Training Mode has been added to each game to allow fans to hone their skills and master their favorite characters. Note: Super Puzzle Fighter II Turbo does not have a training mode option.
• Watch and Learn – Spectator Mode is available so you can sit back and enjoy watching friends duke it out.
• Additional Features – The all-in-one package also incorporates various gameplay balance adjustments and quality of life improvements such as mid-game saves.
• Relive Capcom Fighting Game History – The in-game Museum comes with a gallery of more than 500 pieces of official art, concept art and design documents, plus over 400 music tracks.

Capcom Fighting Collection is due out for Switch on June 24, 2022.