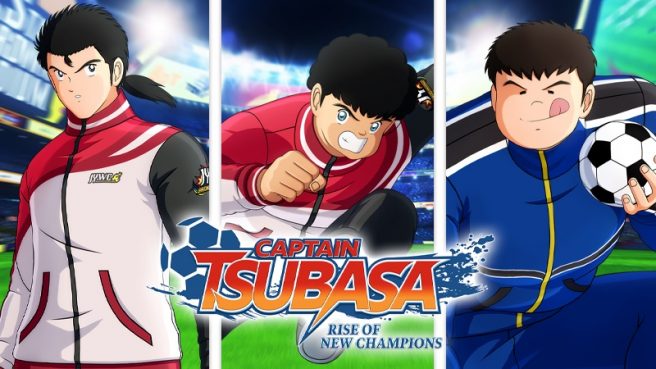 Below are details on each one:

Pepe, a Brazilian boy who was brought up in a poor family and dreams to become a pro player to support his family, excels in left-foot skills and uses his special Wild Shot, which has outstanding base power.

Xiao Junguang, the fearless counter shooter, came to the United States from China with his grandfather to watch the tournament. He is passionate about beating back his opponents’ shots, and uses the Superspeed Kickback Cannon, a counter move that increases the power move of the shot by kicking the opponent’s shot back!

Taichi Nakanishi, Naniwa’s giant goalie and the captain of Namba MS who joined the league due to his participation in the national tournament, is a strong GK with both power and agility. He uses the Super Saving technique – his reflexes are unimaginable given his large size, and he reacts immediately to the opponent’s shot!