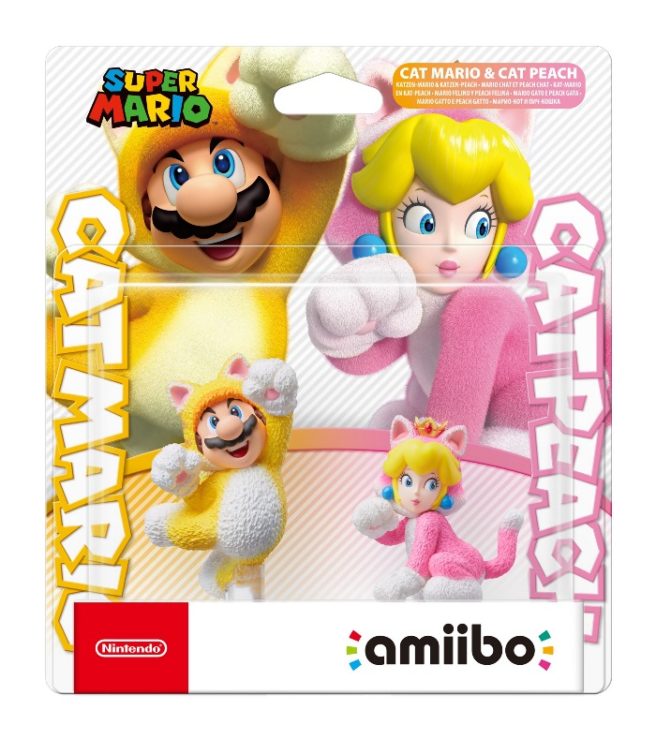 Last month, Nintendo revealed Super Mario 3D World + Bowser’s Fury, a new version of the Wii U game for Switch. As part of that, two new amiibo are on the way. Nintendo is creating figures for Cat Mario and Cat Peach.

We know that these amiibo will be offered individually in North America. However, Nintendo is taking a different approach in Europe in Japan as they’ll be sold together in both regions. You can see what the packaging looks like above.