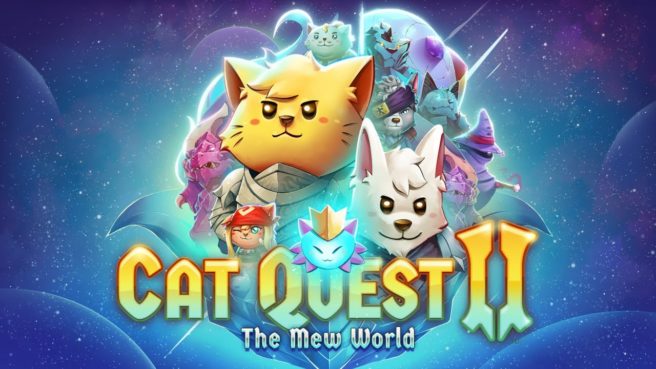 Publisher PQube and developer The Gentlebros have announced that a “Mew World Update” is now live for Cat Quest II. It includes many quality of life changes – some of which will be implemented straight away, while the Mew Game mode and its meowdifiers will require you to have finished the game once already.

Also announced today is that the Cat Quest franchise has now sold over 1.3 million units worldwide.

Here’s a full rundown of the Mew World Update and a trailer:

Whether you’ve played the game before or not, you will be able to enjoy a tonne of quality of life changes! Some will be implemented straight away, while the Mew Game mode and its meowdifiers will require you to have finished the game once already!

No less than 8 meowdifiers are now available in the Mew Game mode, allowing you to challenge yourself with several more playthroughs! Check out some examples below!

The inventory was fully reworked – at the request of the fans- and the sorting is vastly improved, including color-coding by rarity of the items.

You won’t be able to equip any armor or weapon during this playthrough!

You can only die nine times in this playthrough, just like a cat!

If you die in this mode, it’s Game Over, no jumping over to the AI!

The temples are now available across the land to make it easier to upgrade your spells!

Many minor tweaks, as well as quests and dungeons displaying the level before you enter, and the Kingsmaker showing the direction of your travel.

Weapons that do elemental damage are now better displayed and the numbers now change color depending on the element!

New ways to attack your foes are also being added – unique to each weapon equipped! Simply attack during a roll to purrform this new spinning slash!

You will now have the ability to sprint! Soon you will be able to pounce all over the world with speed and grace!

The defense stat has been improved, and is now displayed as a far in front of the health bar, and will take damage instead! It also recharges over time once you stop taking damage.

The oceans will now be teeming with new enemies for you to challenge yourself – and be a new source of gold or experience!