Posted on September 24, 2021 by Brian(@NE_Brian) in General Nintendo, News 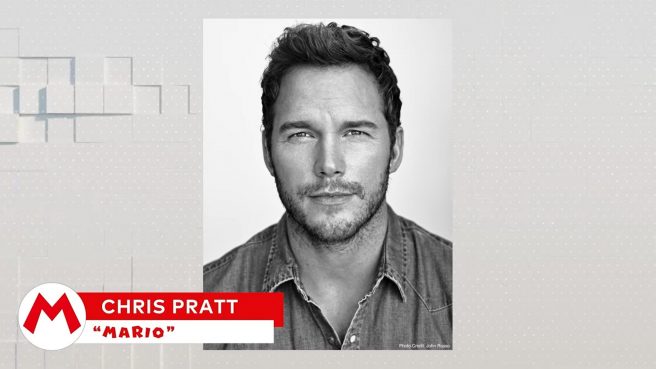 As was announced yesterday, Chris Pratt is playing the role of Mario in the upcoming Super Mario movie. Pratt took to Instagram shortly after to talk about landing the job.

His words are as follows:

“There was this coin-operated laundromat near my house and it had Super Mario Bros., the original arcade game. I loved that game. I never had a quarter, it felt like. I’d steal them from the wishing well. That’s wild. It just dawned on me right now the quarter I stole from the wishing well to play Super Mario Bros. has come true – that I get to be the voice of Mario. But I clearly stole someone else’s wish, so just waiting for that row of karma dominos to come crashing down on me. But as it is right now, ‘It’s-a me, Mario!’ That’s not the voice. You’ll have to wait to hear the voice, but we’ve been working hard at it and I’m really excited to announce that I’m going to be the voice of that video game that I dreamed of when I was a kid. Dreams come true.”

Chris Pratt isn’t the only confirmed actor for the Super Mario movie. Other roles include Anya Taylor-Joy as Peach, Charlie Day as Luigi, Jack Black as Bowser, Keegan-Michael Key as Toad, Seth Rogen as Donkey Kong, Fred Armisen as Cranky Kong, Kevin Michael Richardson as Kamek, and Sebastian Maniscalco as Spike. Charles Martinet, who has voiced Mario in the games for many years now, will have some surprise cameos.