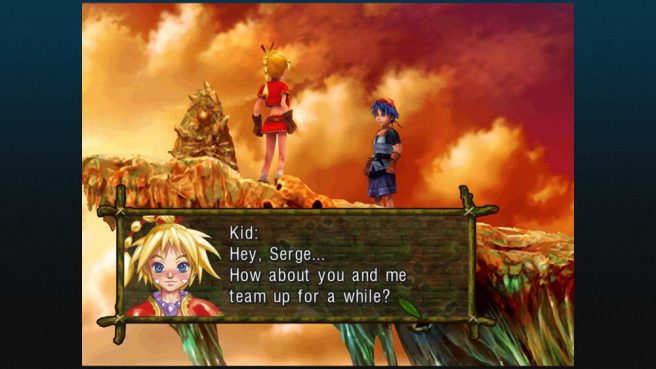 Chrono Cross finally made a comeback this week with The Radical Dreamers Edition, and Digital Foundry has since taken a closer look at the remaster by examining aspects such as frame rate and resolution. Unfortunately, what Square Enix delivered is a bit of a mixed bag – especially due to disappointing performance.

It turns out that the game’s frame rate can go extremely low, performing even worse than the PS1 original. AI upscaling that was used also results in an image that doesn’t always look the best.

Below are the relevant points from the video:

– AI upscaling in new graphical mode causes smudged watercolor look
– Basic textures have ripple effect
– Character models have been upgraded
– With classic graphics, players are shown raw images, which are meant for 240p displays
– 3D objects have higher resolution, causing a mismatch
– Chrono Cross: The Radical Dreamers Edition has 900p to 936p resolution for all 3D stuff
– 1080p HUD for menus
– Text for battles downgraded in the original graphics mode
– Opening movie has been upgraded
– FMVs in the actual game are presented raw without upgrades
– Music behind FMVs are very compressed
– Chrono Cross: The Radical Dreamers Edition frame rate is worse than the PS1 original at points
– Switching to classic visuals gives better frame rate than new visuals
– Targets about 30 FPS for traveling and battling
– 60 FPS menus
– Frame rate can fluctuate wildly between targets
– In battle especially it can drop to 20 FPS, 15 FPS, and even hard capping at 10 FPS at points such as when there’s a big spell
– Switch version frame rate essentially the same as PS4
– Frame rate a bit better in handheld mode
– Stutter right at the end of every battle that wasn’t in the PS1 version

You can check out the full technical analysis for Chrono Cross: The Radical Dreamers Edition below.