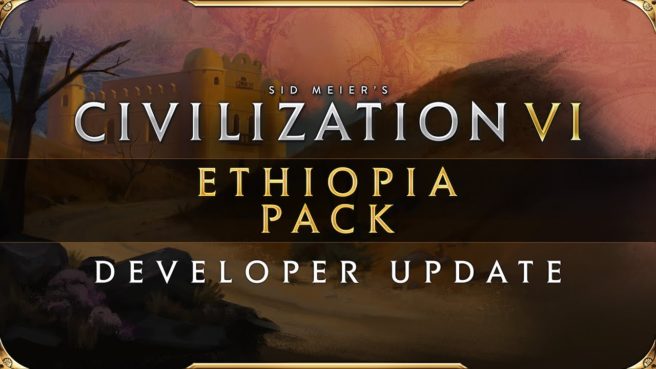 Civilization VI’s new Ethiopia Pack will launch on July 23, 2K Games and Firaxis Games have announced. This is the second content drop as part of the New Frontier Pass.

Here’s an overview of the DLC:

This pack introduces a new civ and leader, a whole new District and additional buildings. There’s also Secret Societies, a new optional game mode with its own exclusive ruleset full of mystery and intrigue. Please note: Secret Societies game mode requires either the Rise and Fall or Gathering Storm expansion to play.

Also, those who’ve purchased the Civilization VI – New Frontier Pass will receive the Teddy Roosevelt and Catherine De Medici Persona Packs. Each Persona Pack contains a brand-new take on a favorite leader, with a new leader model and background, new gameplay bonuses and an updated agenda that reflects the changes to the leader’s personality. “Rough Rider Teddy” excels at keeping the peace on his home continent, while “Magnificence Catherine” can use Luxuries to overwhelm the world with Culture and Tourism.

We have a new developer video for the Civilization VI Ethiopia Pack below.