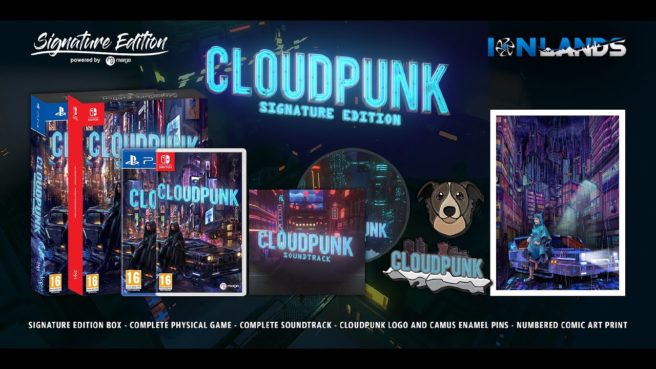 The cyberpunk narrative driven adventure Cloudpunk is getting a physical release on Switch, Merge Games has announced.

Cloudpunk will have both a standard version and Signature Edition. The latter release includes: