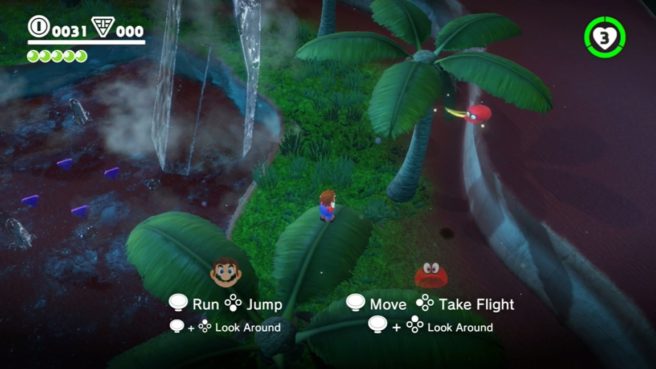 Nintendo provided a first look at a new feature in Super Mario Odyssey during its Treehouse Live stream at E3 today. When the game ships in late October, two-player co-op will be included. One player will control Mario while the other controls Cappy. Super Mario Odyssey