Codemasters not ruling out Dirt 4 for Switch 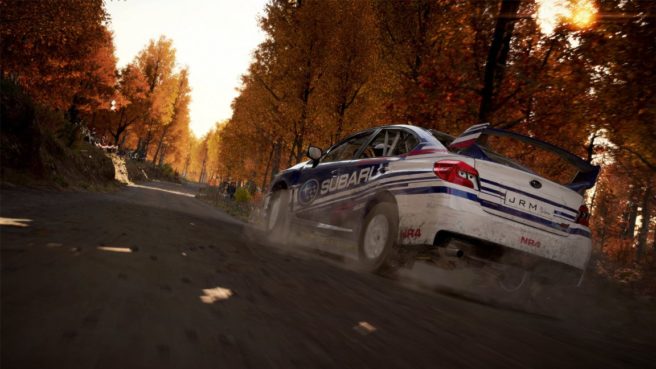 Codemasters announced Dirt 4 yesterday. It’s the next entry in the company’s long-running racing series. At least initially, the game won’t be coming to Switch, but senior designer Darren Hayward isn’t ruling out the possibility of it happening in the future.

“Personally, I’ve got my Switch pre-ordered and I’m getting it day one. Obviously at launch [DiRT 4] is not coming to Switch. We’d already picked our platforms. We’ve nothing to announce right now, but, I wouldn’t rule it out.”

Hayward was also asked how he thinks racing games can work on a system like Switch. He said in response:

“There are signs of more traditional games coming out for Switch with full controller support like Skyrim, but would Dirt Rally or Dirt 4 work on a split Switch controller? I think we’d have to do quite a lot in terms of extra tweaks.”

“When you take it away and you’ve got it in tablet mode with the Joy-Cons it’s great, but those split controllers, that’s custom game design right there specifically for that platform. There are not many inputs, so you’d have to have super simplified controls and because of that, it may not be the ideal scenario for DiRT 4. That said, I could definitely see Nintendo Switch having some compelling racing experiences.”