Posted on September 30, 2020 by Brian(@NE_Brian) in General Nintendo, News 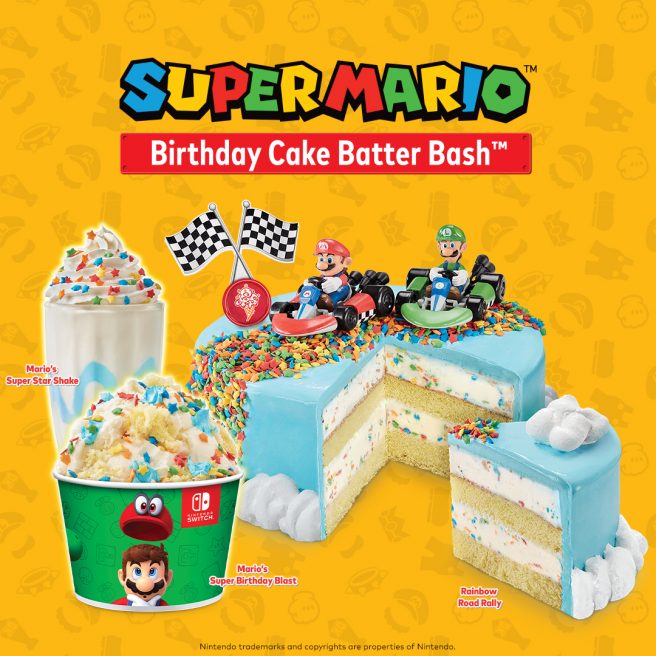 Update: Cold Stone says that the promotion will last until December 15 (thanks Anthony).

Original: There’s been lots of Mario merchandise as of late extending to clothes, toys, and more. Cold Stone is now getting in the action as well having revealed a few new additions to its menu. Customers can try out Mario’s Super Birthday Blast Creation, Mario’s Super Star Shake, and Rainbow Road Rally Cake.

It sounds like this will be a limited time promotion. That being said, an end date for the availability of these desserts hasn’t been announced.