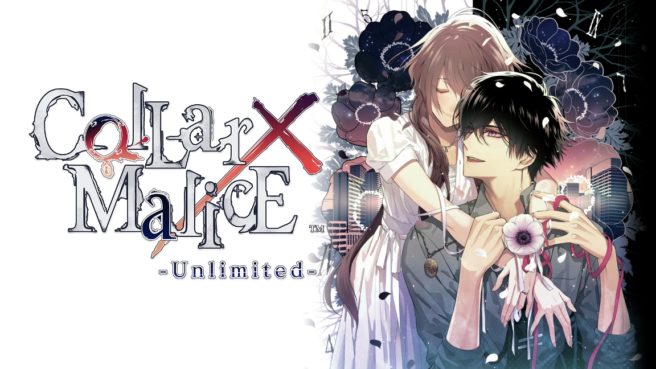 Collar X Malice: Unlimited was previously announced for an August launch in the west, but Aksys Games didn’t provide an exact date. However, the otome visual novel has now appeared on the eShop, confirming a release of August 13.

Here’s some information about Collar X Malice: Unlimited as well as a trailer:

The danger has only begun!

Return to the thrilling, deadly world of Collar X Malice with exclusive Interlude, After Story, and Adonis play modes. Revisit the characters and events of the original game, as you build new relationships while picking up the pieces in the aftermath of the first X-Day Incident.

Then buckle up for an entirely new investigatory experience as you search for traitors hidden deep within the shadowy Adonis organization. Embark on a desperate race against time before the next cataclysmic X-Day arrives!

• Investigate Challenging Cases!
Assemble clues and profile individuals in different times and settings to piece together the complete story.

Take on the ultimate challenge of the Adonis storyline – designed for multiple replays! The clock is ticking, and no single play-through will uncover all your foes.

Collar X Malice: Unlimited will cost $49.99 both physically and digitally. A $69.99 limited edition is also planned, which you can learn more about here.