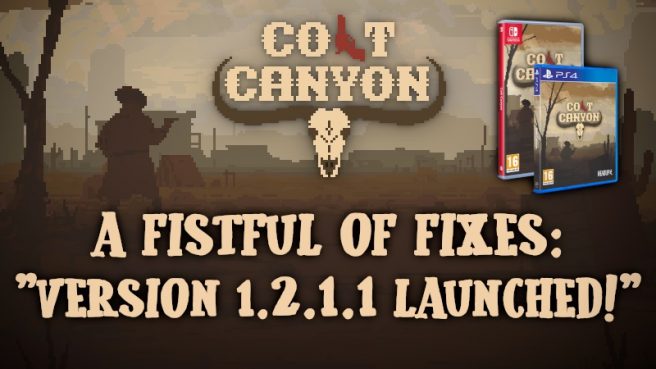 A new update for Colt Canyon has started distribution, with the game moving up to version 1.2.1.1.

Various improvements are here based on player feedback. These include balancing tweaks, adjustments, and fixes.

All players on Switch can download the 1.2.1.1 update for Colt Canyon now.