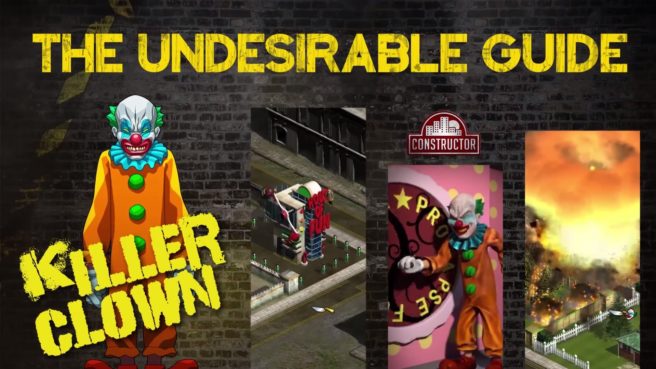 First up is the Killer Clown, he is described “as being less child friendly but more of an arsonist that has a penchant for damage.” The second character is the Psycho, “he doesn’t pull any punches, but he can saw up buildings and causing huge amounts of havoc.”

You can check out the two episodes below for more information about the characters.