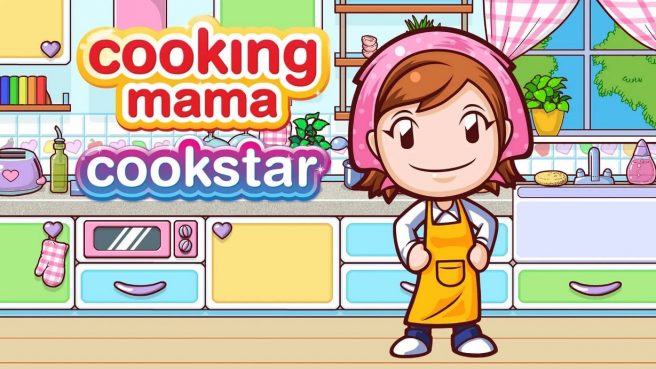 Around the time of the game’s release, the two companies were battling over the title. Office Create said Cooking Mama: Cookstar was released against the company’s request. Going further into things, Office Create felt it didn’t meet quality standards and a PS4 version was marketed even though it was not a part of the original licensing agreement.

Planet Entertainment ended up being taken to court where it ended up being sued. The International Chamber of Commerce ruled in favor of Office Create – which was also seeing a ban on sales – and determined that Cooking Mama: Cookstar infringed upon intellectual property rights. Office Create is also taking all legal measures to remove the title from market.

Dear Sir, Thank you very much for your patronage of the “Cooking Mama” series.

As we reported to you in April 2020, Planet Entertainment LLC (headquartered in Connecticut, USA; hereinafter referred to as “Planet”) violated our license agreement and we released the Nintendo Switch version of Cooking Mama: Cookstar, which did not meet the quality standards, without our permission, and started sales activities in North America, Europe, and Australia. In addition, in the United States and Europe, we began advertising the sale of the Sony PlayStation 4 version of “Cooking Mama: Cookstar,” which we did not grant in our license agreement in the first place. In response, on March 30, 2020, we notified Planet of the immediate termination of the license agreement and immediately prohibited the use of our intellectual property rights related to “Cooking Mama.”

As such, we have sued Planet and its CEO Steve Grossman personally before the International Chamber of Commerce (ICC) International Court of Arbitration for the unauthorized production and production of the Switch and PlayStation 4 versions of Cooking Mama: Cookstar. We had filed for arbitration proceedings seeking a ban on sales, etc., and on October 3, 2022, the ICC Arbitration Court made a final ruling.

In this final ruling, the ICC Arbitration Court found that Planet and Mr. Grossman did not have the authority to manufacture and sell “Cooking Mama: Cookstar” for both the Switch and PlayStation 4 versions, and that the unauthorized “Cooking Mama : Cookstar has been found to infringe our intellectual property rights. In addition, the ICC arbitration court prohibited Planet and Mr. Grossman from any act that misleads the company on the grounds of intellectual property rights infringement, unfair competition, etc. Ordered to pay damages.

In order to protect the “Cooking Mama” series, which is an important asset, and to gain the patronage of our customers, we have taken all legal measures to remove “Cooking Mama: Cookstar” manufactured and sold by Planet from the market. We sincerely apologize for the great confusion and inconvenience caused to our long-time patrons of Cooking Mama due to the illegal acts of Planet and Mr. Grossman.

It’s worth noting that Cooking Mama: Cookstar is not available on the Switch eShop at present. However, it’s possible that there are still physical copies in the wild.